Yeah, why not pears?!

For me, nothing says it’s the holiday season like a little spiced apple cider. I live in Los Angeles now, a place as inimical to the change of seasons as you are likely to find, where the only difference between summer and winter is that it rains sometimes, but a single sip of mulled apple cider makes me feel like I can smell the first snow flakes on a lonely north wind.

I know that’s a tall order to ask of a simple juice, but I’ve never had an apple cider that fails to deliver that chilly, first sensation. So it was with great interest that I picked up a jug of cinnamon spiced pear cider from Joe’s today. To be honest, I didn’t even know there were ciders other than the apple kind, but just as ketchup is in no way bound only to tomatoes so too is cider as much a method as it is a product.

So what exactly is the difference between a cider and a juice? The internet abounds with non-answers on the subject. Both are made from the same apples in the same way, with their being some contention over whether or not cider has to be made from young apples, or if it has to be unpasteurized. Effectively, the only difference between the two lies in how it’s marketed to you. For my two cents, I always consider it cider if it’s a bit opaque, comes in a big jug and, most important of all, is spiced. With such easy prerequisites its a surprise that I’ve never seen the juices of other fruit sold as cider.

Now that said, I obviously have high expectations for my cider, and I’m happy to say that pear cider fills apple cider’s ample shoes perfectly. From the very first sip I felt myself transported to a chilly hillside strewn with colorful leaves, an overcast sky just about to bring snow down from the mountains. I could go on about the delicious taste of cinnamon and other spices, etc.., but for me it’s already fulfilled the all important “autumness” criteria. That said, spiced pear cider doesn’t really offer me anything all that different from spiced  apple cider. The degree of pearness that comes through is heavily masked by the bouquet of spices. It’s a fun item, and well executed, but not much different than anything you’ve had before.

Would I Recommend It: Yeah, give it a shot.

Would I Buy it Again: Over regular spiced apple cider, probably not.

Final Synopsis: A good spiced cider, but it doesn’t offer anything new. 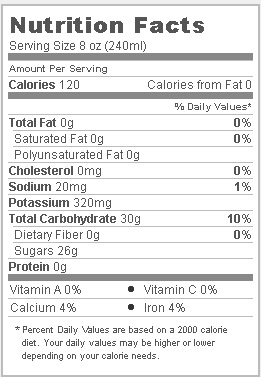