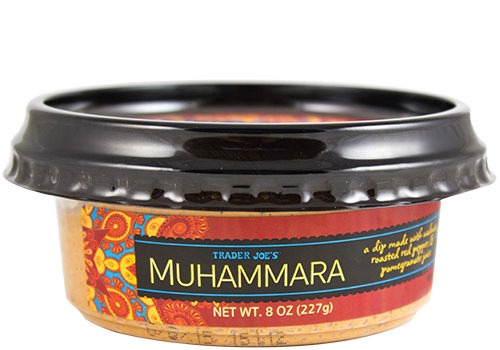 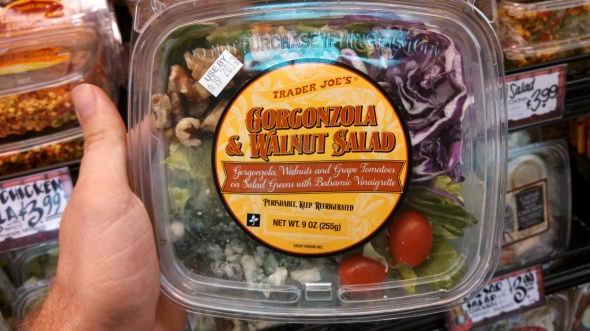 A very attractive old timey font on this salad. Not much else to brag about though.

Gorgonzola has been served alongside walnuts since time immemorial, for the very good reason that they pair well. You’d think these two would be a delicious meal in and of themselves, salad or not. Splash a little  zingy balsamic vinaigrette on that, mix with some greens and you’d think we’d be talking about a definite winner. The fact that this salad actually tastes so plain and uninteresting is rather perplexing.

The problem here lays in the cheese. When you think of a nice gorgonzola, you’re probably picturing something like a rich, aromatic wedge of veined bleu cheese. This istandard gorgonzola, the most popular kind, is known as gorgonzola piccante or gorgonzola naturale. It is this type of firm, crumbly, strong tasting gorgonzola that isn’t packaged in this salad.  Instead, we are dealing with lumps of gorgonzola dolce, or “sweet” gorgonzola. This is your option B among gorgonzolas – a softer and much, much milder cheese.

I’m quite boggled as to why TJ’s went for this mild variety. The stronger gorgonzola naturale would have melded deliciously with the nutty bitterness of the walnuts and the acidic pop of the balsamic dressing. Instead, the mild gorgonzola dolce fades into the unimpressive wallpaper of the lettuce and cabbage. The overall effect is that you’re left with a salad that never really seems to get started.

Would I Recommend It: Not this one, no.

Would I Buy It Again: There are too many delicious salads at TJ’s to waste time on this one.

Final Synopsis: A perplexing cheese failure wrecks what could have been a great salad. 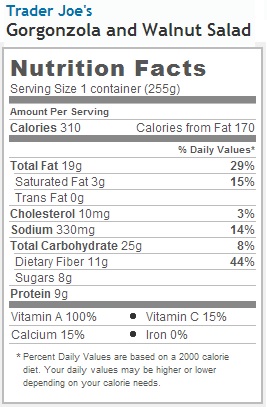 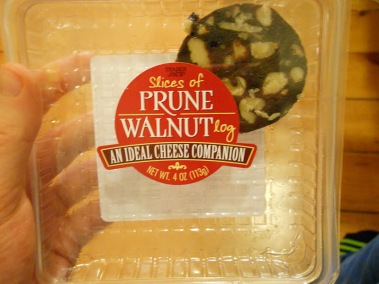 Prune and walnut log – wow! I dropped the half-hearted purchase I was going ti make myself write about this week and snatched these up as soon as I saw them, standing boldly forth as they were, like a proud, squat dwarf, on the lower-middle rack of the fruit & nut aisle.

These just appeal to me on so many levels. It’s like Trader Joe’s designed them specifically for this blog. I mean, where to begin?

Well, to start, they’re in log form. Nothing comes in log form! Not since the 50’s ended and consumers across America suddenly realized they were decorating cottage cheese with rings of pineapple that had been dyed green by quasi-lethal food additives. There’s really not much lower than the lowly log when it comes to food formats – even loaf has at least a few positive denotations (i.e. “meat-” and “- of bread”). But no, no one as ever said “Mmm, that log is delicious! Hew me off another slab, will ya?”

Take the name itself. It falls squarely into that three letter, central vowel set of monosyllabic utterance that just don’t sound appetizing, words like “gut” and “gob” and “wad”. Etymology aside, there’s just nothing appetizing about extruded food cylinders.

“Go put your head in a vise, you slag,” chirp the youngsters, “We’re playing Gameboy!”

“But boys,” Mom teases, a twinkle in her eye, “it’s been extruded into cylinder form.”

In a flash the family has gathered around the table, digging with gusto into the uncannily smooth tubular masses that lay heavily upon their plates.

No, I’m sorry, it just doesn’t happen that way. Logs are unnerving and strange, and very few foods are acceptable in log format. Festive holiday cheeses and jellied cranberry sauce and, as far as I’m aware, that’s it.

Now then, what kind of log are we talking about? Why, it’s prunes. I mean, prunes, seriously? Amazing! Is there any food product that can conjure up images of loosened bowels more efficiently than prunes? I submit to you that there is not. And finally, on top of all of this, we have walnut, to which I am fairly indifferent.

So things are looking pretty dire for the ol’ prune and walnut log right from the word go. The packaging, light and cast of translucent, Lunchable-esque plastic, announces that it is “An Ideal Cheese Companion” right smack in the center, in a font larger than the title of the food itself. Serving suggestions are occasionally brazen in their placement, but I’ve never seen one that actually supersedes the contents of the package itself. I pick up a pack of Trader Joe’s Spanish Cheese Tapas Sampler to pair with the log. I may be bringing a roiling cloud of prejudices to the table, but I’m fair dammit. If the log demands a cheese coupling, than cheese it shall have.

Upon peeling back the cling film of the prune and walnut logs I am startled and thrilled. The log has been subdivided among the four quadrants of it’s container, this I knew from before. What I didn’t know was that each section was also pre-sliced into three round discs. I pulled back the cling film on the cheese sampler. To my mounting delight I find that each of its three wedges have been pre-sliced into four triangular planes. All the sudden the game has turned upside down on me, as if a secret geometry of the universe had sudden revealed itself. 4 x 3, 3 x 4. I’m staring at 12 slices of each, perfect pairings for each other, as if preordained by the invisible hand of Providence.

Is this log tasting going to be perfect? I wonder giddily.

To cut to the chase, three quarters of a page in, yes – the prune walnut log is delicious. I have to hand it to the clever boys over there at Trader Joe’s for the slicing gimmick. In one deft swoop they turned the most unappealing aspect of the log into a boon – simple access for easy pairing without having to bother with a knife or the generally gross look of a nut-studded fruit log.

The prune-walnut slices go very nicely with their cheese counterparts – the starchy sweetness of the prune paste benefiting from the clean, nutty crunch of the walnuts, both of which go very nicely with cheese. To my own astonishment I have to recommend this as a ready-to-go party tray or sophisticated snack plate for the sort of get togethers where people look at their food before stuffing it in their gobs (book circles, say, instead of NFL games) . Not too shabby, logs. You’ve turned me around.

Would I Recommend It: To anyone who enjoys fruit and nuts with their cheese, which should be everyone.

Would I Buy It Again: I would gladly trot this out for book club, were I ever to attend one.

Final Synopsis: If you like complex tastes that you can layer on a cracker, this log is right up your alley. 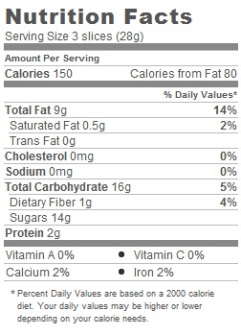